Reflecting on The Bluest Eye

a space for reflection from both
scholars and community members alike 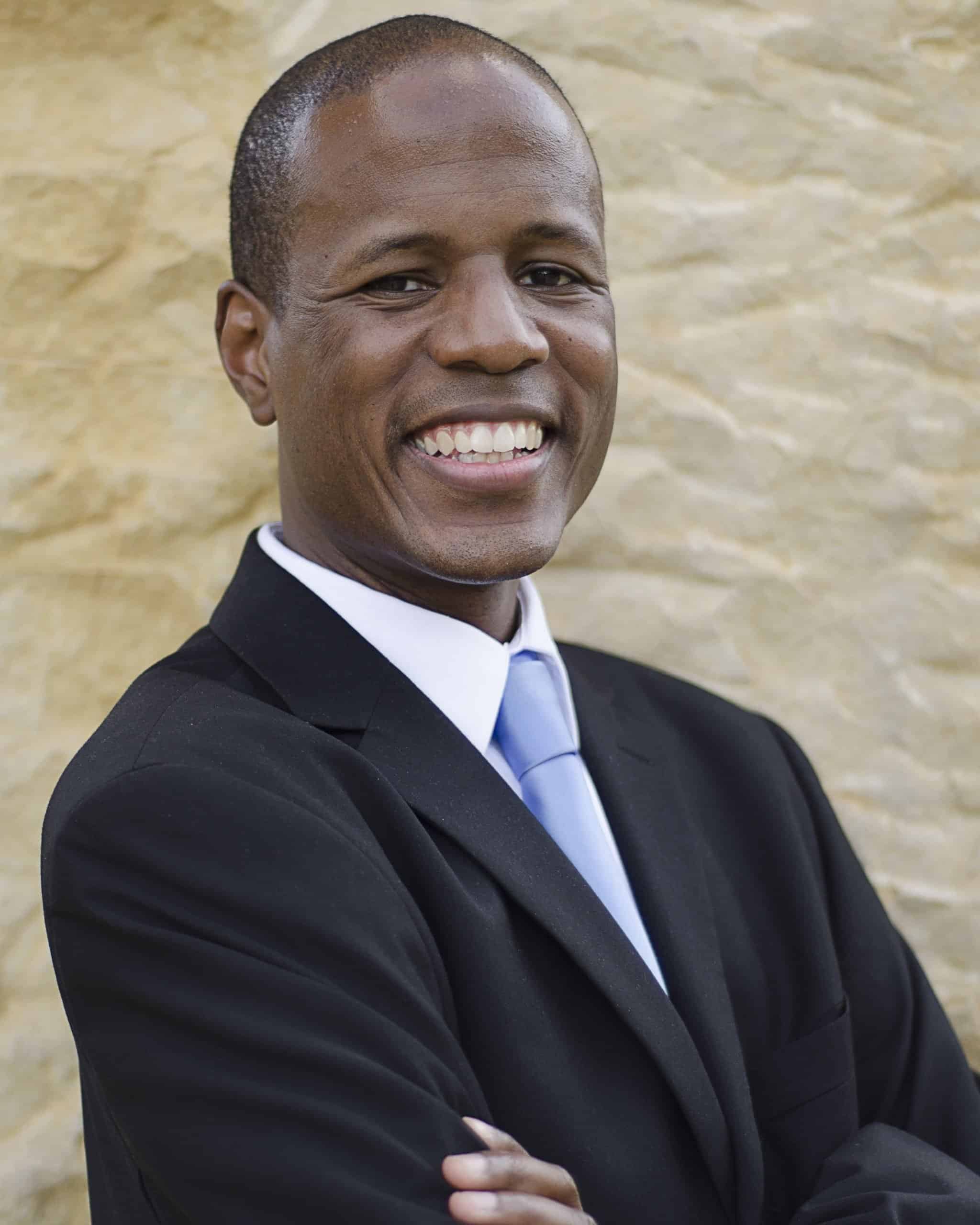 “Toni Morrison’s landmark first novel, The Bluest Eye, published fifty years ago, revolutionized the world with her innovative voice. She achieved immense success and accolades and became the first black woman to win the Nobel Prize in Literature. Dr. Cornel West declared, ‘I’m thoroughly convinced, and one of the reasons why I think that [Morrison’s] work is not just powerful and monumental but will be read hundreds and hundreds of years from now, is that it’s really been the artists who have exercised what the Greeks called parrphesia, frank speech, free speech, plain speech, truth–telling in a sentimental nation. And when I read [her] work, I say somebody’s still serious about telling the truth about the country, and it’s painful, it’s unnerving, it’s unhousing, but somebody’s telling the truth. And I think that’s true for so many artists. [Toni Morrison’s] got a blues sensibility’ (We Better Do Something: Toni Morrison and Cornel West in Conversation).

I, too, characterize Morrison’s work as “truth–telling”; in fact, I assert that The Bluest Eye is akin to a blues–jazz–hip–hop song that boldly challenges white supremacy and white dominant culture; it boldly proclaims a message that people desperately need to hear during these frustrating and surreal times of racial unrest in America. Furthermore, examining Michael Jackson’s They Don’t Care About Us and Toni Morrison’s The Bluest Eye, demonstrates how both artists are utilizing an African–American tradition and voice—“frank speech, free speech, pain speech, truth–telling”—to disclose to America its bleak future if institutionalized racism is not radically dismantled. A reminder of this omen can be witnessed by the riots and protests that have occurred since the passing of George Floyd. Hence, Morrison’s The Bluest Eye can be viewed as a black song that must be heard and responded to for an urgent time such as this: ‘And I think we’re at a moment now in which a blues nation has to learn from a blues people.’” 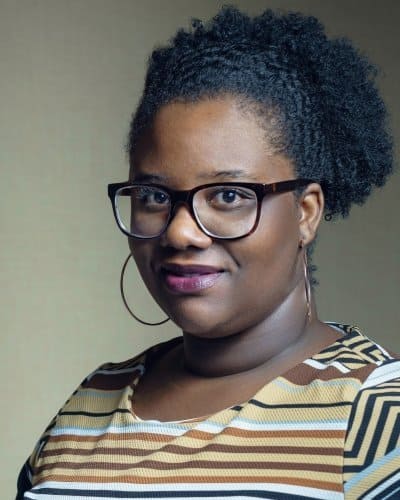 “The Bluest Eye is a mediation on pain and care that should and does force us to reevaluate how we think of Black abjection. While many Morrison critics have, over the 50 years of The Bluest Eye’s release recognized racial and class stratifications and hierarchies in the text, now, I would like to draw attention to the hierarchies of pain and resilience, community and care in the book. In The Bluest Eye, we have pain that is “productive and fructifying,”  pain paratactically contrasted with a “Love, thick and dark” that elicits memories of “somebody with hands who does not want me to die,” but not dark enough, like Cholly’s, to be “fatal.” Cholly’s is the pain of sexualized white violence against children. Violence that is strident and deadly, without ever having to physically touch the Black body. A pain never eased with the comfort of care, though, at one point capable of care tender enough to tickle a broken foot and kiss a gnarled leg. Pain “endurable and sweet,” but not the sickly sweetness of whiteness that decays the souls of Black folk as insidiously as the rot that takes Pauline’s front tooth. With these hierarchies of pain and care established, I ask can we revalue Pecola’s madness? Can we understand Pecola’s madness as a type of “chosen community” of care, if inferior to others? K. Zauditu-Selassie argues of Pecola’s state of madness, “In this realm, her ruptured personality has not divided into the Duboisian notion of “warring souls” but into an amicable split—a way to exist in a land where the “soil is bad for certain kinds of flowers.” Can we rescue Pecola from the abject Black pain?” 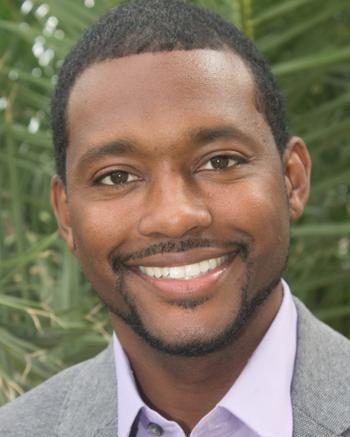 “Toni Morrison’s The Bluest Eye makes an indelible mark on Black Women’s writing in the late 20th century both for the ways that it helps to engender conversations about the intersectional space that Black Women inhabit in a white supremacist, heteropatriarchal world, and how the novel grapples with what to do with Black men that embrace toxic forms of masculinity. Morrison’s approach to the delicate subject of rape, incest, and racialize violence in Cholly’s story shows the complicated nature of how some black men’s worldviews are steeped in trauma and yet we should comprise the fullness of their humanity when we tell their stories. In many ways, Morrison’s aesthetic choice to not dehumanize Cholly sets up a particular set of investments in Black feminism for black masculinities that would play out over the next 50 years. My interest in the novel thinks through the role of Black masculinity within the burgeoning black feminist critiques of Barbara Smith, Deborah McDowell, Ann Ducille, and others in the late 20th century, and how Morrison’s treatment of Cholly shows an early investment in not pathologizing Black masculinity—a treatment that is rarely extended to Black women.” 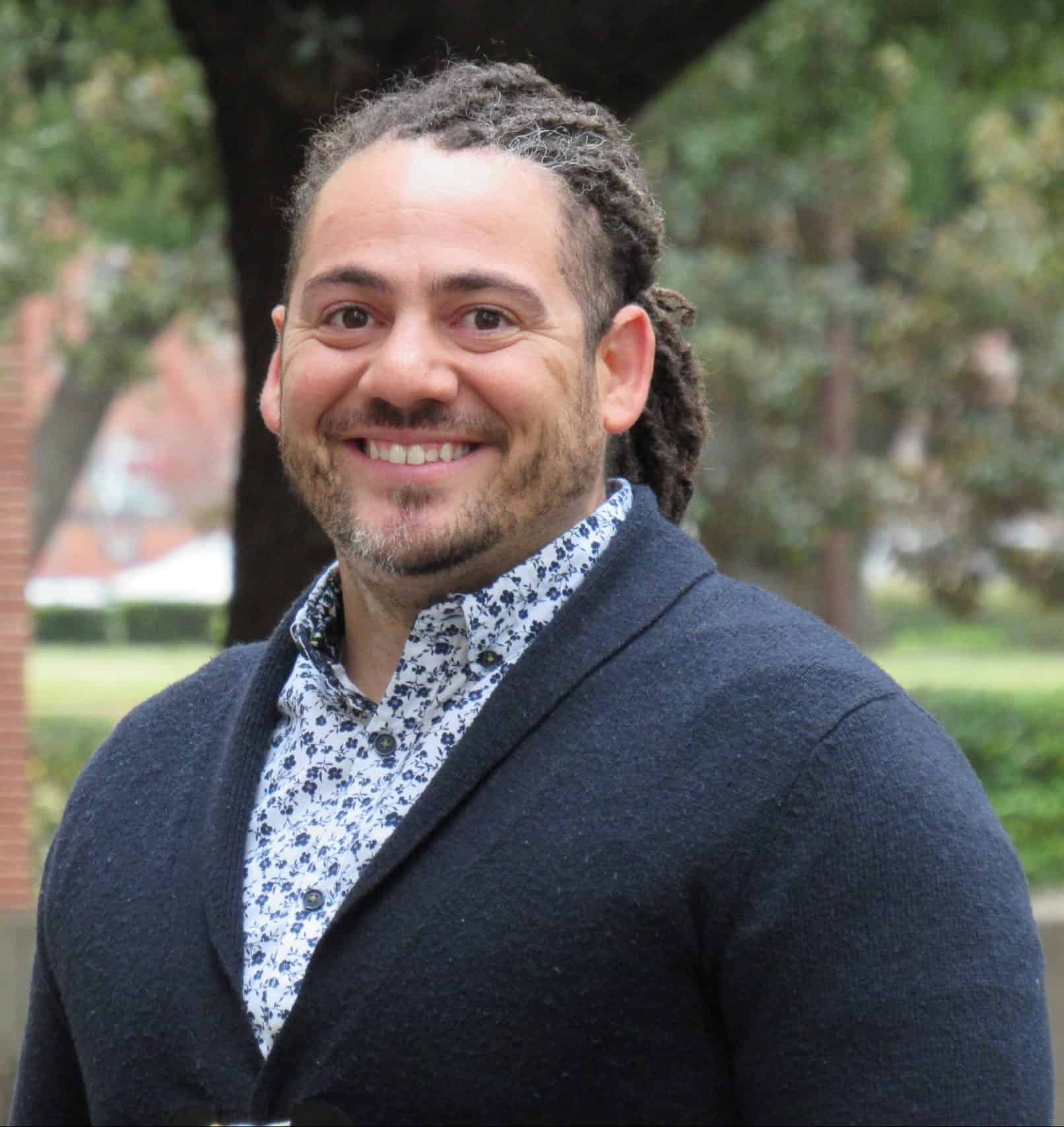 “Morrison has discussed how, when writing The Bluest Eye in the mid-1960s, she observed the cultural production affirming the principles of the “Black is Beautiful” movement, but skipping over the feeling that came before Black beauty was as readily embraced. The Bluest Eye serves then as an affective archive, giving life and language to the feelings brought on by the internalization of inferiority that stems from the White gaze in that particular epoch. Now, 50 years after the novel’s publication, the time is ripe to contemplate the connections that can be drawn between the racial and socioeconomic context into which Morrison was writing The Bluest Eye and the present. As monuments to the Confederacy are examined with a more critical eye and awareness of the systemic violences inflicted upon Black bodies and lives is on the rise, reading The Bluest Eye from a current lens offers a model for anticipating a similar affective forgetfulness and negationism. Furthermore,  a contemporary look at the novel’s depictions of Blackness made palatable due either to their proximity to Whiteness or death—physical or social—helps to identify and curate the feelings presently at risk of being glossed over, if not erased, as more of the public jumps on the Black Lives Matter bandwagon, an impulse that has the potential to diminish the force of the movement if people refuse to go beyond a superficial engagement with its underpinnings.” 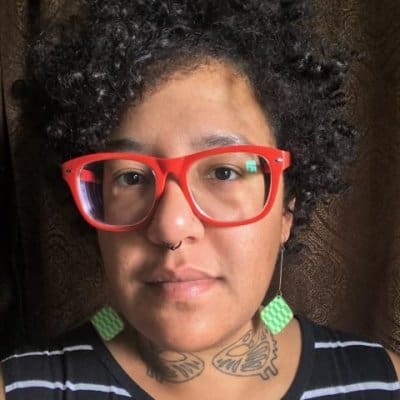 “The Bluest Eye is a motherful text. Conceived by Alexis Pauline Gumbs as rejection of Moynihanian representations of the black family as fatally fatherless, to be motherful is to reimagine as necessary for their survival the precarious, dangerous, and radical work of mothering done by black bloodmothers and othermothers for their children, for one another, and for themselves. To be motherful is to know that “love is possible even in a world that teaches us to hate ourselves and the selves we see waiting in each other, […] in a world that says we should not be born, that says ‘no’ to our very beings everyday” (Revolutionary Mothering: Love on the Front Lines 13). Radical mothering suffuses and informs every scene of the novel, helping to frame our understanding of the text as one deeply concerned with representing black blood- and othermother love as potentially transformative, sustaining, and protective. As we see in the complex mothering networks formed between Claudia, Frieda, and Mrs. MacTeer; Aunt Jimmy and Cholly; Marie, China, Poland, and Pecola; Pauline Breedlove, the little Fisher girl, and Pecola; Mrs. MacTeer and Pecola; and Claudia, Frieda, and Pecola for one another, black mothering is a generative foundation for reimagining how black mothers and their children survive that which they were never meant to survive. Given that the US white supremacist capitalist patriarchy has always sought to destroy the bonds between black mothers and their children for the sake of profit, efforts by black bloodmothers and othermothers to radically mother their children are intentionally frustrated, rendered invisible, or diminished. Yet as Toni Morrison makes clear over and over again in The Bluest Eye through loving and careful rendering of both abundant and truncated bloodmothering, othermothering, and self-mothering, radical black motherlove is essential nourishment.” 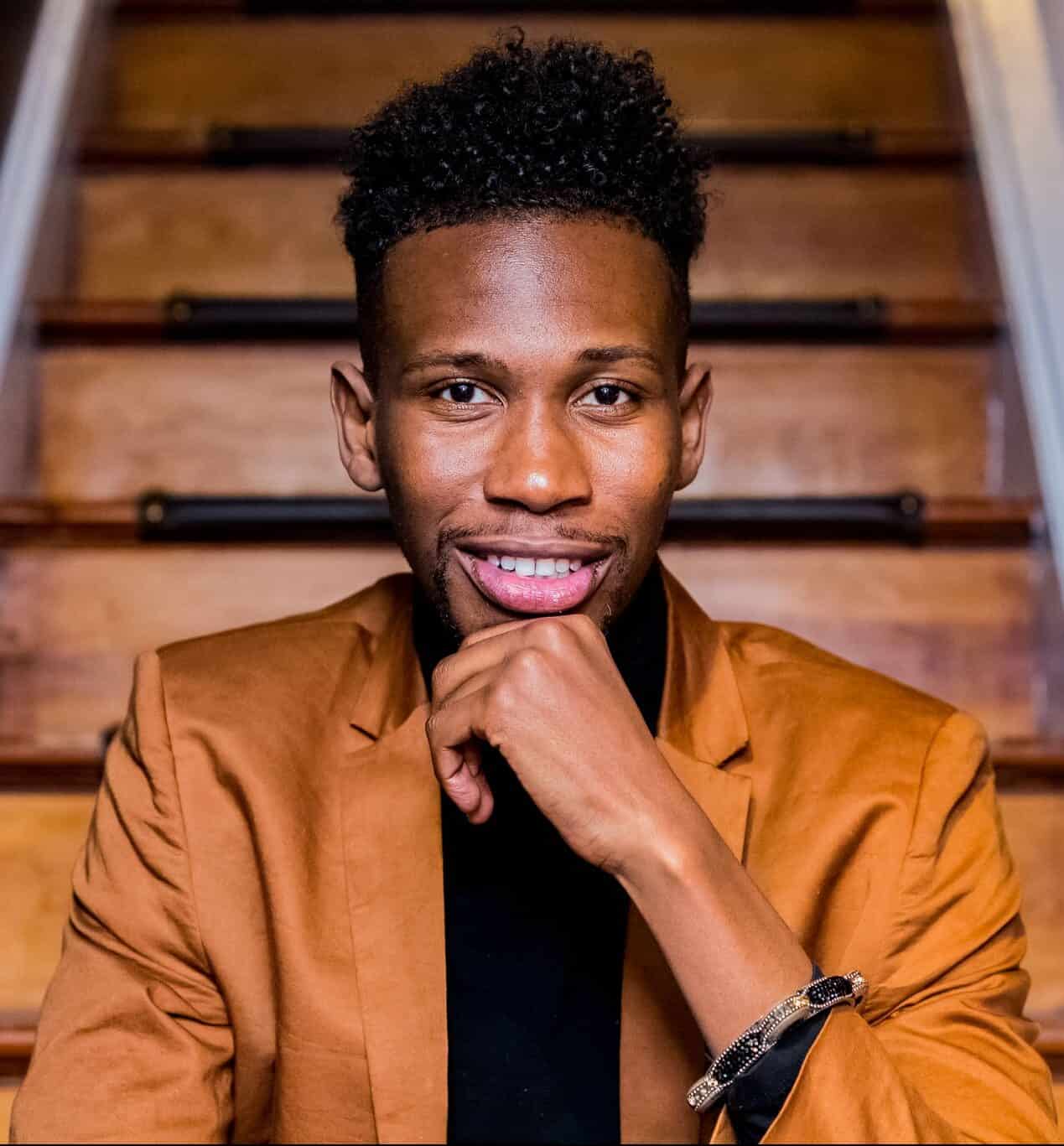 “The 50th publication anniversary of Toni Morrison’s The Bluest Eye offers a time to reflect on the exciting developments in the field of literature. As an English professor doing work at the intersections of African American literature and Digital Humanities, I am interested in how we can use quantitative and qualitative data, to illuminate relationships between various Black authors and historical periods. One interesting data point that has emerged from my on-going research situates Morrison’s debut novel at a crucial point in African American literary history.  It is sometimes overlooked or downplayed that The Bluest Eye emerged during an especially generative moment for Black women’s writing between 1966 – 1977. Several seminal works were published during this eleven year span such as Maya Angelou’s I Know Why the Caged Bird Sings (1969), Alice Walker’s The Third Life of Grange Copeland, Nikki Giovanni’s Ego-Tripping and Other Poems For Young People (1973), and Gayl Jones’s Corregidora (1975).(http://www.culturalfront.org/2016/05/the-greatest-25-years-in-african.html?m=1).

50 years after the publication of The Bluest Eye, technology changes the types of questions we can ask about the novel, and thus, encourages data driven recovery work. And, who would think that a cultural figure and artist as critically acclaimed and frequently written about as Morrison could benefit from recovery work?  No African American is as widely studied and written about as Toni Morrison. Many universities offer annual “Toni Morrison” courses, and her books have been mainstays on conference programs for the last two decades. In addition, every year, her work is the subject of scholarly articles and full-length books. With so much interest and publicly available data on Morrison available, we can use that information to analyze how The Bluest Eye fits within a larger tradition of African American literature—especially other Black women writers.”

“After reading Morrison, I have concluded that everyone has a different view on race. Race consists of more than different shades and nationalities; rather, it also comprises power and beauty. Some don’t view other races as beauty; others view them as powerless. We all have to begin to regain our power by seeing everyone as beautiful and treating them the same. It is important to read books by Toni Morrison, because it allows one to open one’s eyes to issues of racism. It also allows one to discuss racism and see things from another person’s perspective. If one has always had power and been a part of a powerful group, he/she may not understand the plight of other races. The Bluest Eye and other books that focus on race issues, help to open everyone’s eyes to it all.”

“Coupled with Lydia Diamond’s adaptation of Toni Morrison’s The Bluest Eye, I have recently reread Morrison’s celebrated novel The Bluest Eye. The adaptation only serves to reinforce my view that Morrison uses the characters and the female protagonists in both The Bluest Eye and Song of Solomon to underscore the power of Black disruption and creativity. The texts imply that Blacks should not content themselves with merely opposing or critiquing hegemonic and western constructs of beauty; rather, they should use their agency to redefine, rewrite, recreate and revolutionize feminine standards of beauty in the black community. The adaptation of the Bluest Eye, the novel, and Song of Solomon successfully convey that western interpretations of beauty obscure authentic beauty as an ideal confined to physical, sensual, and heteronormative spaces. As such, African-centered communities should expel these ideologies as erroneous and simplistic, because true beauty is wholistic even in a contemporary epoch and 50 years after the publication of The Bluest Eye.”