The October 2020 Special Issue of College Literature – Toni Morrison and Adaptation – features rich scholarship from scholars situating Morrison’s work within genres beyond the novel, particularly in contexts of drama, performance, sonic, and visual culture. Editors Stacie McCormick (TCU) and Rhaisa Williams (Wash U. in St. Louis) write, “When we first conceptualized this special issue in late 2018 about the upcoming 50th anniversary of The Bluest Eye, our hope was to mark the inauguration of what would become a tremendous literary career, one that would transform our world in ways unfathomable. . . . What we did not expect was for this special issue to become a tribute to this powerhouse. On August 5, 2019, novelist, essayist, editor, playwright, lyricist, children’s book writer, lecturer died at the age of eighty-eight. As we reflect on Morrison’s life and the gems she allowed us to behold, we can’t help but think how strange it is to have a living legend die because with legends, we assume they will be and produce forever. Since their work is timeless, we fail to remember that there was a before them, that, once upon a time, their work did not exist in any canon or discography. Yet with their death, we are reminded that if there is a beginning, then there must be an end. That reminder of reality hurts as much as it feels odd. It’s a lot like the crushing effects of love, which Morrison, through the voice of a preacher in Paradise, reveals: “Love is divine only and difficult always.” And much like love, Morrison’s oeuvre is difficult to contain and even more difficult to define.

Critical Forum on The Bluest Eye @ 50 with Contributions from:

Recitative describes a moment in opera where melody is stripped bare and lyrics are sung rapidly on the same note in order to distill the narrative action. It is this removal of musical accoutrements that is adapted in Toni Morrison’s “Recitatif.” Like the removal of melody in the recitative, Morrison removes all racial signifiers so readers are aware that one girl is black and the other white, but it is unclear which is which. By refusing to clarify which character is black and which is white, Morrison removes the extraneousness of the visual explanation for racial tension and reminds readers that racism exists even in the absence of racial signifiers. This article also examines a musical, Passing Strange by Stew, as it reimagines the absence of race as depicted in “Recitatif,” readapting Morrison’s literarily musical form for the stage and demonstrating new ways to think about race and racialization through “Recitatif.” It is the use of song in a figurative sense for Morrison and literal for Stew that connects both of these texts. Song, like race, is expansive and fills the space given; it is both very real and a construct all at once.

In 1986, Albany’s Capital Repertory Company premiered Dreaming Emmett, Toni Morrison’s first and only full-length play. Commissioned by the New York State Writers Institute to “commemorate the first national holiday of Martin Luther King’s birthday,” Morrison wrote a play in which King was conspicuously absent. Instead, she imagined a fantasy taking place in “Emmett Till’s” mind who was condemned to re-dream his murder for over thirty years. In this essay, I analyze the multiple implications and uses of dreaming and temporality that circulate within Morrison’s Dreaming Emmett, a play that takes place, as Morrison states in the stage directions, “NOW.” I focus on the competing discourses of “dreams” that are packageable and easily fungible, against that of “dreaming” which, as an active verb, lands more on bodies and ongoing living. Centering how dreams and dreaming work “now” reveals Morrison’s critiques of Civil Rights commemoration projects in the mid-1980s that repurposed black tragedies and resistive acts into “usable” and marketable units that could be useful for larger national narratives. Importantly, examining Morrison’s play demonstrates how she used performance to disrupt theatrical and political adaptations of black life as a sign of black adaptability and the resolution of national culpability.

Adapting the Sermon: The Anxieties of Literary Preaching in The Bluest Eye

This essay argues that the oppositions that structure the first of Morrison’s many scenes of literary preaching, Soaphead Church’s epistolary sermon, reveal Morrison’s ambivalence about the role that literary preaching might play in her fiction, what adapting the sermon suggests about her vocational identity, and the relationship of her narrative to this performance genre. The novel’s anxious engagement with literary preaching culminates with Morrison’s second adaptation of the sermon in the novel: Claudia McTeer’s sermon, a sermon that simultaneously echoes and counters Church’s sermon. I argue that we should understand these interlocking performances as inaugural, trajectory-setting, and nettlesome engagements with the performance genre that Morrison identifies as one of the central cultural touchstones that resurfaces throughout her fiction. With her initial, anxiety-ridden foray into literary preaching, Morrison adapts and narrativizes the sermon, signifies on Faulkner’s engagements with literary preaching, and introduces a problematic relationship to a cultural form that shapes her oeuvre. 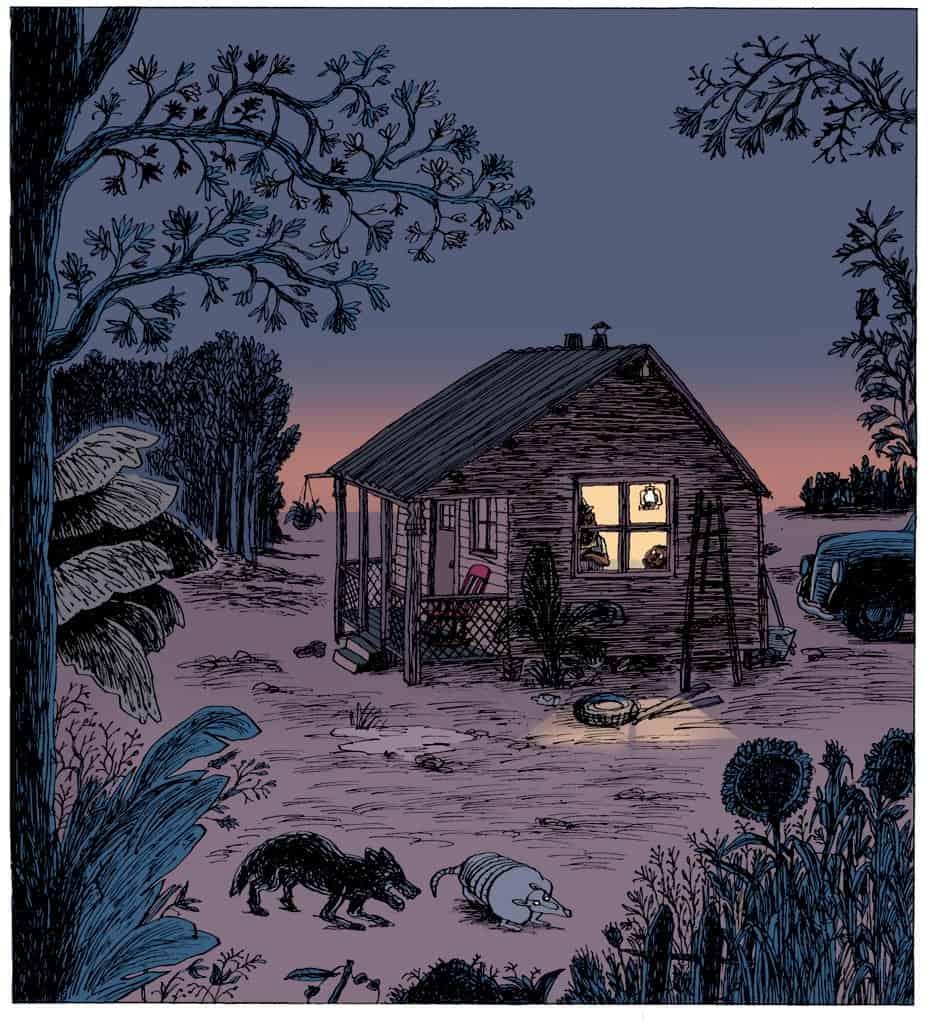 Click the image above from Who’s Got Game: Poppy or the Snake? by Illustrator Pascale Lemâtre

“But you knew I was a snake, didn’t you?”: Aesop’s Fable Slithering through Morrison’s Texts

Often overlooked by scholars Who’s Got Game: Poppy or the Snake?, Toni Morrison’s collaboration with her son Slade and Pascal Lemaître, is advertised as a comic book adaptation for children of a fable by Aesop in which a snake bites the person who rescued it. Proceeding from the multiple occurrences of the same storyline throughout Morrison’s literary work, the article approaches the topic of adaptation through the issue of variation. Fluidity inherent to folk culture is manifest through motifs, which shed skin in different places as they keep undulating through written and oral texts. The essay follows their trail throughout all the novels by Morrison. Morrison’s explicit adaptation of the fable in Who’s Got Game: Poppy or the Snake? encourages readers to reconsider the morality of the tale. Morrison’s incursion into children’s literature is thus not a mere adjunct to her other literary works but a major development of her artistic gesture through adaptation.

“Hell [is] a pretty place, too”: The Ecology of Horror in the Film Adaptation of Beloved

This essay examines the film adaptation of Toni Morrison’s Beloved through the lenses of the ecoGothic, Critical Race Theory, and film studies to analyze how it serves as an often-unrecognized pre-text for the contemporary Black horror genre. By looking at the film’s more subtle use of Gothic horror, this reading counters many previous interpretations of the film that find its sensationalism destroys its fidelity to Morrison’s text and argues instead that the film’s attention to the ecological serves as the primary cinematic method through which it upholds the central idea of the novel: that the trauma borne from slavery is generational, pervasive, and long-lasting. Further, this analysis suggests that the film’s presentation of the natural world, both apart from and in connection with the titular character, articulates the ways in which the landscape/seascape can take on and remember the logics of the plantation—and that of the route to the plantation (displacement, commodification, and the Middle Passage)—regardless of temporal or geographic distance from the original institution of chattel slavery. 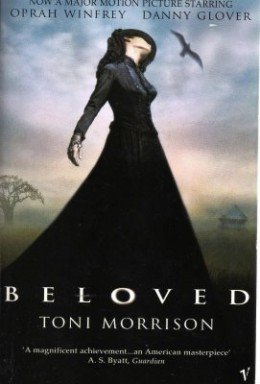 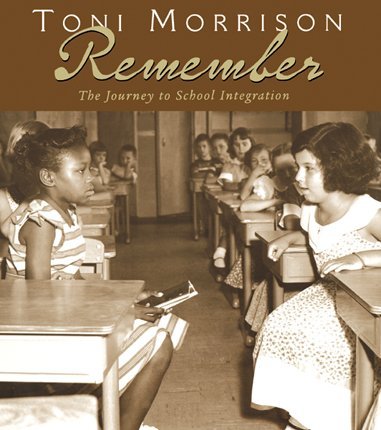 “Restorying” the Past: Toni Morrison’s Remember, a Black-and-White Primer for American Children

To commemorate the fiftieth anniversary of Brown v. Board, the landmark Supreme Court decision declaring segregation in schools unconstitutional, Toni Morrison wrote what her publisher, Houghton Mifflin, called her first historical work for children. A blend of archival photographs, exposition, and creative narration, Remember: The Journey to School Integration has garnered scant critical attention, several reviewers dismissing it with thinly veiled disdain. However, when this deceptively simple book is read alongside The Bluest Eye and using Ebony Thomas’s work on how young readers, via various forms of restorying, respond to texts and media that exclude or marginalize them, Morrison’s artistic agenda becomes clear. In Remember Morrison assembles a black-and-white primer for American children, restorying in spectacular fashion a widely circulated 1940 basal reader from the Alice & Jerry series titled Anything Can Happen into a living history that promotes critical racial literacy, civic responsibility, and cross-racial solidarity.

We would like to extend deep thanks to Carolyn Sorisio and the staff at College Literature for their support in bringing this special issue to fruition. Much appreciation.